Archie Kalokerinos - This is your Life. 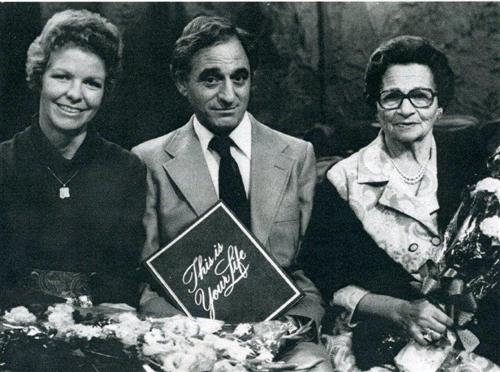 How many people even realise that so many people thoughts so well of him, that he appeared on Television's "This is Your Life"?


Looking through all the video footage and photos of Archie, and going through the memories, it's hard to know what to say, or where to start, because his death just brings a lump to the throat. Archie was an exceptional man, of tremendous courage and convictions, with so many talents.  Few know, that one of his hobbies was making the most beautiful wooden furniture.  Perhaps the best word to describe Archie would be "fearless".  Others might say "stubborn".  Why?  Because hypocrisy and lies were a major red rag to Archie, particularly in relation to the medical profession, the law and politics.

If ever a person deserved a Nobel Prize, Archie did, but because so much of what he "practiced" as medicine, made fools of the medical system as it is today, his only nominees would be the people whose lives he saved, and those who knew him intimately.

His passion was the proper care of Aboriginal children, a passion throughout his life.

He loved the Collarenebri Aborigines as though they were his own.

The astonishing death rate had him up at all hours of day and night trying to figure out what was killing them. 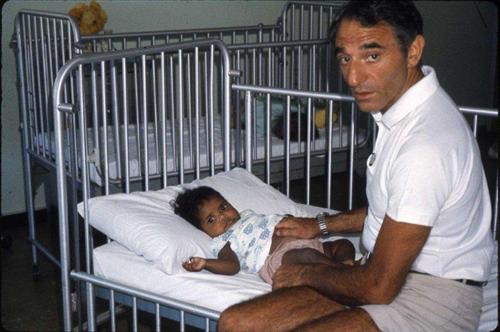 Yet is was exactly this passion and dedication, and his answers to medical problems, which garnered him the scorn and derision of his colleagues, because his solutions came out of the Archie Kalokerinos textbook, not theirs.

Feeling a failure, and despondent at hitting his head against the brick wall of his colleagues and the political system, he sought solitude and solace in opal mining. This photo was taken when their group made a pledge that no-one would shave until opal was found.

But even here, he could not escape his background, and he ran a doctor's clinic from the back of a truck.

Archie was not only a successful miner who wrote two books about it, and became a world authority on opals, he never lost his passion for medicine, or his love for Aborigines.  It was the Aborigines at the mine who brought him back to medicine.

For a very long time, he wanted to treat the Aborigines at Coober Pedy, but distrust of white men, meant they would not allow him to touch their children.  One day however, on the back of his truck, he set the broken leg of a dog, while everyone watched.  He anaesthetised the dog, and operated on the fracture, set it, put a cast on it. Within two hours the dog was up and walking, or stumping... around. The next day an Aborigine mother arrived at his camp surgery and presented a child to him. He treated the child, successfully, and after that, more came.  Archie saw that the problems at Coober Pedy were no better than Collarenebri, and he decided that he had to go back and try to figure out what it was killing so many Aborigine children.

He found the answer, and the answer made him an enemy of the medical profession.  In Archie's opinion, the death rate in the Aborigine babies and children stemmed from widespread subclinical scurvy, which resulted in every second child dying, after the medical profession's vaccination teams swept through the districts. This finding prompted the writing of the book, "Every Second Child".

In 1993, Archie and I travelled to Alaska to speak at an indigenous conference, and had a close up look at a Glacier and eagles, while we were there.

In 1995, Archie came to New Zealand for the second time (the first being in 1993), to detail what his work with the Aborigines had found, and his thoughts on vaccines.  Like me, he was none too keen on a thing called "a camera". 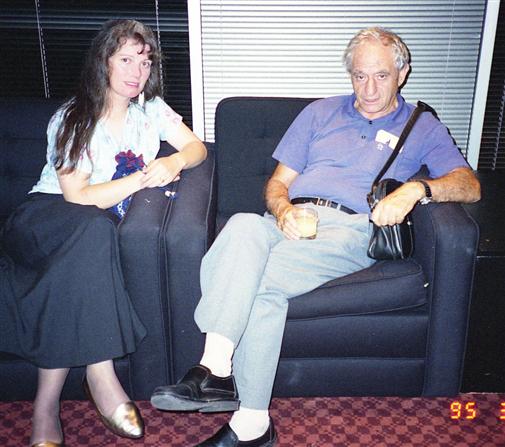 His findings, as this blog details, pitted him on one side of an idealogical chasm, with his colleagues on the other.  To understand that, you'd have to read "Every Second Child" and "In Seach of Opal".  In his latter years, he was writing a book for the Reisinger Trust with another doctor, but realised at the end of 2008, that he didn't have the same capacity to fight off the naysayers that he had in the days of his youth.  He gave the Reisinger Trust permission to "publish" the book after his death.  We will not publish the book, as a book, but we will upload his part of the book onto this blog as a pdf for any who wish to read it.  The book was to be called "Shaken Baby Syndrome: An Abusive Diagnosis."

I once said to him, "What happened to those two other books you were going to write, Archie?"  He replied that he had decided not to write them, because his love for the Aborigine people was such that he believed that whatever he had to say, would be misunderstood.

His life was remembered at a Thanksgiving Service on 7th March 2012.