So what's the big deal, if as alleged in my previous blog, Merck did actually seriously muck around with the efficacy test, cook the books, invent figures, and produce MMR with a dud Mumps component? After all...when did you last hear of anyone dying from Mumps?  (I never did even before the MMR was introduced in 1991, but that's another story.)

Will this court case succeed? I don't think so, because it's all about MONEY. (<--- MP3 file just for us oldies!)

Other reasons could also be... as an April 2nd 2010 CNN headline stated...., "FEDS find PFIZER too big to nail".  Read it (pdf uploaded).  Its important you understand why the the law may not allow Merck to be touched, because the same reasoning will probably apply to this case as well.  Pfizer also cooked the books.  The Feds simply tickled Pfizer up the left nostril with an overboiled noodle, and in my opinion, nothing worse than that is likely to happen to Merck, because if it did, Merck would simply point to Pfizer and demand treatment parity.

Government and regulatory authorities, and medical systems, have never... ever... bitten hands that feed them so generously as vaccine companies. Therefore, in order to make factual informed choices, consumers have to understand the buried facts - not as any Government might deny them, but... as they are in real life.

There are actually several layers to the Merck story, that those new to the debate might not realise.


All parents up until 1990, were lead to believe that one measles jab would give lifelong immunity.Then suddenly, measles popped up in lots of MMR recipients who had only had ONE shot, which must have been very annoying given that most of the cases were vaccinated, and Merck had also said that the measles component had a 95% protection rate.

Second point: During the 90's because the MMR mumps vaccine manufacture was on autopilot, the MMR mumps component weakened to the point where it wasn't working, ....as witnessed by outbreaks in UK and Europe - which cannot be blamed on Dr Andrew Wakefield!

By then, as a result of one MMR not preventing measles, and the resultant introduction of a second MMR booster shot, Merck had already experienced an instant doubling in their MMR revenue.

Merck likes this strategy so much, that they've done it twice in USA! The chickenpox vaccine was supposed to provide lifelong immunity with "just one shot" but instead USA is up to two childhood shots, and probably heading towards three, with adult boosters recommended ever 10 years and a shingles shot (Zostavax) for the older folk.

The Krahling/Wlochowski lawsuit, alleges that Merck knew from 2000 that the mumps vaccine didn't have a good effectiveness rate for either one or two shots, AND THAT the RESULT would be ... increasing numbers of outbreaks, and then.... 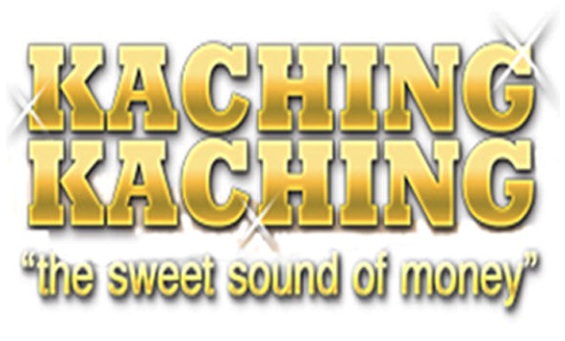 After all, who would suspect that Merck would deliberately defraud anyone?!!. All proposed solutions to the increasing numbers of mumps outbreaks, have centred around adding more boosters, with the latest suggestion being to add MMR boosters every 4 - 8 years. Yes, I've said it before, but you know what?

It bears repeating.  Merck sat there silently, waiting, ....  waiting for "windfall day". With Vioxx and a few other disasters under their belts, any money, any how, was what the stakeholders demanded, and Merck can sit smugly, because they know what happened to Pfizer is likely to be the very worst that might happen to them as well.

Merck, and all the benefiting stakeholders, would be delighted if MORE MMR boosters is the recommended "FUTURE solution"!  Having brainwashed parents into thinking the mumps is always a killer, who would complain??!  With such an exponential explosion in easy income, the memory of Vioxx just might recede a bit more into the background.

As Stephen Krahling and Joan Wlochowski's lawsuit lays out, the whole reason to change the tests and fabricate the data were:

.......To avoid the humiliation of admitting their testing processes were flawed, and that they engaged knowingly in corruption and fraud.

.......To avoid the huge money, time and costs associated with not only LOSING the contract for the existing MMR, but having to develop, patent, and put through the mill a new vaccine, (Page 44 of 55)  while their competitors who supposedly have effective mumps components, leapt into the hole in the market, stole their niche, and Merck risked never getting it back again.  Much better to zip lips, and sit tight.

.......To protect the monopoly Merck had with regard to the MMR contract in USA, and their "integrity" with FDA and CDC.

..... To ensure that they convinced the FDA, and CDC (nothing like a revolving door policy to grease the wheels...) that the MMR II was a wonderful vaccine, thereby keeping GlaxoSmithKline's Priorix vaccine out of the USA.

......To protect Merck's yearly American sales of around $USA 70 million, as well as huge unspecified international sales, for over a decade.

We aren't talking small bickies here. Even the two years of stalling while the Department of Justice dithered around and chose not to join the case, earned Merck at least a cool $US 200 million.

Krahling and Wlochowski estimated that since 2000, Merck has pocketed three-quarters of a billion dollars in USA alone, for what they allege is a mislabeled, misbranded, adulterated and falsely certified vaccine. (Page 48 of lawsuit). Every moment the lawsuit is defered is lots of  money into Merck's pocket.

Just remember that half of that three-quarter billion dollars came about because the "Just one shot" measles campaign was a load of baloney.

Merck reaped extra millions with regard to chickenpox and shingles vaccines for the elders, when the "Just one shot" chickenpox vaccine also turned out to be a load of baloney.

And now, because of a fraudulent test, accompanied by fabricated data, that three-quarters of a billion, just might double in the next ten years, and then continue doubling every year after that, because of the.... "mumps vaccine is effective" baloney!

What's the expression? Who would kill such a prolific goose which laid so many eggs of pure gold?

Any attempt to bring the owner of such a golden gooose to bear account of alleged serious misdeeds, sends more than earthquakes and Tsunamis through the Big Pharma.

And Merck, the FDA -  and CDC know it, because they were more intimately involved than they want to admit.

And THAT is the REAL reason that this case, will in all probability, FAIL.